Born in Rimini (Emilia-Romagna, Italy), he grew up in the kitchen of his father's restaurant. With only 13 years old he was already responsible for the pizzeria. His professional career, beyond the family business, began in his city, in Embassy Restaurant, with Chefs Emanuele Barberini and Fabio Rossi, and later, at the Executive Hotel of Cesenatico. Later, he lived in Thailand for a year, where he worked as a nutrition educator at the Lamsai Pathumthani School.

In 2008 he met Enrico Croatti and became his right-hand man: both created Dolomieu (DV Chalet, Madonna di Campiglio, Trentino, Italy), which won a Michelin Star in 2013. In its eagerness to discover new cultures, techniques and gastronomic aspects from the rest of the world, during these years, Bernardi has also collaborated in international projects: in London, in Julie's restaurant; with the Neapolitan Chef Agostino Esposito; in Lyon, with Chef Davy Tissot at the School of Management, Restoration and Culinary Arts of the Paul Bocuse Institute; as consultant for the Pane Caldo restaurant in Chicago and the Moonshadows (Malibu, Los Angeles, California) and, most recently, he has directed the opening of Oliver's Osteria (Laguna Beach, California).

In 2015, Croatti and Bernardi started their second project together: Orobianco, where they captured their idea of ​​Italian haute cuisine in Spain, which, in November 2018, received its first Michelin star. Now, from the new season 2019, Ferdinando Bernardi will continue to assume the role of Chef de Cuisine, strengthening the Italian essence of the concept.

Certified Sommelier by the Chamber of Commerce of Alicante and WSET (Wine & Spirit Education Trust) level 2. After international experiences in his native Cuba and in Sao Paulo (Brazil), he arrived in Spain 20 years ago to specialize in his passion: the world of wine, which has led him to wine tours around the world (California, Bordeaux, Lombardy or La Provence). Castellanos combines his expertise and his know-how in recommending the best wines, so that our clients find the perfect harmony, with their mastery of the dining room. 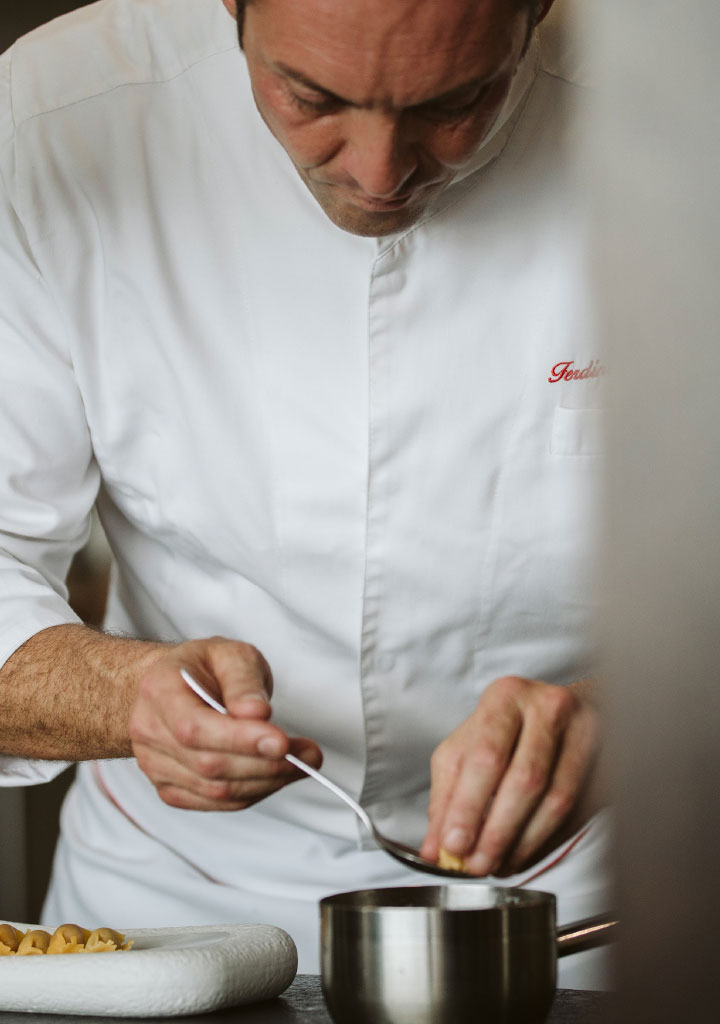 Orobianco is temporally closed for at least 15 days because of COVID-19 alertness.

Meanwhile, you can buy one of our gastronomic gift vouchers or book a table for next months (with a flexible cancellation or modification policy).

We hope to see you soon!.

Book a table
Give an experience